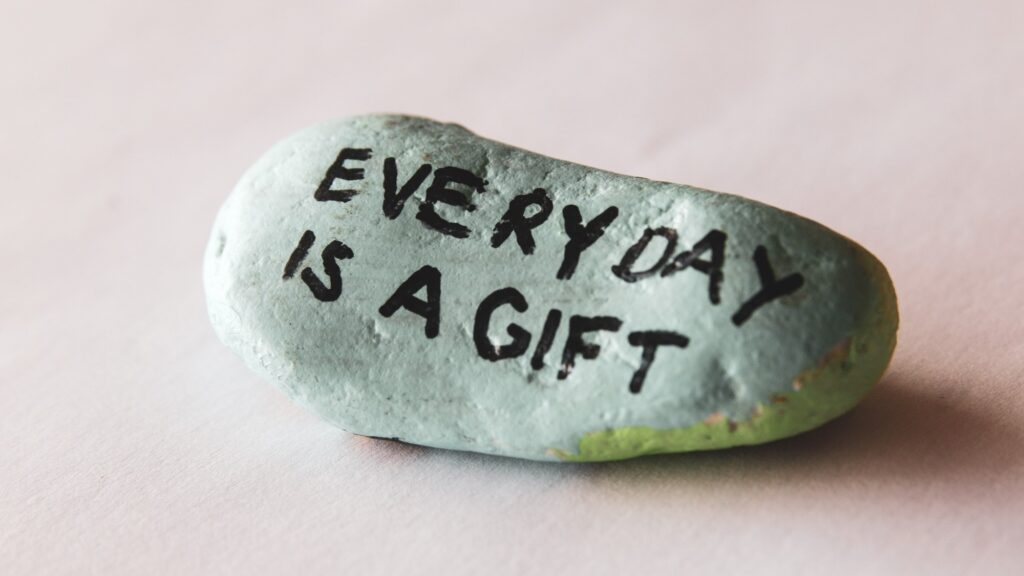 Depression is thought to affect about one in 10 Americans.1 In 2010, antidepressants were the second most commonly prescribed type of medication in the US,2 hinting at the severity of the problem.

Contrary to popular belief, depression is not likely caused by unbalanced brain chemicals; however, there are a number of other biological factors that appear to be highly significant. Chronic inflammation is one. As noted in the featured article:3

“George Slavich, a clinical psychologist at the University of California in Los Angeles, has spent years studying depression, and has come to the conclusion that it has as much to do with the body as the mind.

‘I don’t even talk about it as a psychiatric condition anymore,’ he says. ‘It does involve psychology, but it also involves equal parts of biology and physical health.’

The basis of this new view is blindingly obvious once it is pointed out: everyone feels miserable when they are ill. That feeling of being too tired, bored and fed up to move off the sofa and get on with life is known among psychologists as sickness behaviour.

It happens for a good reason, helping us avoid doing more damage or spreading an infection any further. It also looks a lot like depression.”

One researcher even goes so far as to suggest depression should be rebranded as an infectious but non-contagious disease,4 while the author of the featured article playfully compares depression with an allergic reaction—in this case “an allergy to modern life”—considering the many environmental factors that are known to cause inflammation, from diet to toxic exposures and stress.

Scientists have also found that your mental health can be adversely impacted by factors such as vitamin D deficiency and/or unbalanced gut flora—both of which, incidentally, play a role in keeping inflammation in check, which is really what the remedy to depression is all about.

As discussed in an article by Dr. Kelly Brogan, depressive symptoms can be viewed as downstream manifestations of inflammation.

“The source itself may be singularly or multiply-focused as stress, dietary and toxic exposures, and infection… [I]nflammation appears to be a highly relevant determinant of depressive symptoms such as flat mood, slowed thinking, avoidance, alterations in perception, and metabolic changes,5” she writes.

Certain biomarkers, such as cytokines in your blood and inflammatory messengers like CRP, IL-1, IL-6, and TNF-alpha, show promise as potential new diagnostic tools, as they’re “predictive6 and linearly7 correlative” with depression.

For example, researchers have found8 that melancholic depression, bipolar disorder, and postpartum depression, are associated with elevated levels of cytokines in combination with decreased cortisol sensitivity (cortisol is both a stress hormone and a buffer against inflammation). As explained by Dr. Brogan:

“Once triggered in the body, these inflammatory agents transfer information to the nervous system, typically through stimulation of major nerves such as the vagus, which connects9 the gut and brain. Specialized cells called microglia in the brain represent the brain’s immune hubs and are activated in inflammatory states.

In activated microglia, an enzyme called IDO (indoleamine 2 3-dioxygenase) has been shown10 to direct tryptophan away from the production of serotonin and melatonin and towards the production of an NMDA agonist called quinolinic acid that may be responsible for symptoms of anxiety and agitation.

These are just some of the changes that may conspire to let your brain in on what your body may know is wrong.”

Speaking of biomarkers, research11 by Dr. Helen Mayberg, a professor of psychiatry at Emory University, may also pave the way toward a more refined and customized treatment plan. Her research is discussed in the video above.

Dr. Mayberg has identified a biomarker in the brain that can be used to predict whether a depressed patient is a good candidate for medication or might be better off with psychotherapy. As noted by the New York Times:12

“Patients who had low activity in a brain region called the anterior insula measured before treatment responded quite well to cognitive behavior therapy (CBT} but poorly to Lexapro; conversely, those with high activity in this region had an excellent response to Lexapro, but did poorly with CBT….

[T]he insula is centrally involved in the capacity for emotional self-awareness, cognitive control and decision making, all of which are impaired by depression. Perhaps cognitive behavior therapy has a more powerful effect than an antidepressant in patients with an underactive insula because it teaches patients to control their emotionally disturbing thoughts in a way that an antidepressant cannot.”

The Links Between Gut and Mental Health

A number of studies have confirmed that gastrointestinal inflammation specifically can play a critical role in the development of depression, suggesting that beneficial bacteria (probiotics) may be an important part of treatment. For example, a Hungarian scientific review13 published in 2011 made the following observations:

Thus researchers suggested “depression may be a neuropsychiatric manifestation of a chronic inflammatory syndrome.”

Your gut is literally your second brain — created from the identical tissue as your brain during gestation — and contains higher levels of the neurotransmitter serotonin, which is associated with mood control.

It’s important to understand that your gut bacteria are an active and integrated part of serotonin regulation and actually produce more serotonin than your brain. Optimizing your gut flora is a key part of the equation to optimize your levels. If you consume loads of processed foods and sugars, your gut bacteria will be severely compromised because processed foods tend to decimate healthy microflora. This leaves a void that is filled by disease-causing bacteria and yeast and fungi that will promote inflammation and decrease the health of your second brain.

Besides distorting your microflora, sugar also triggers a cascade of other chemical reactions in your body known to promote both chronic inflammation and depression. For starters, excessive sugar consumption leads to elevated insulin levels. That can have a detrimental impact on your mood and mental health by causing higher levels of glutamate to be secreted in your brain, which has been linked to agitation, depression, anger, anxiety, and panic attacks.

Cultured and fermented foods, on the other hand, help reseed your gut with a wide variety of healthy bacteria that promote mental and physical health as long as your keep your sugar and processed food intake low. For instance, one 2011 study14 found that the probiotic Lactobacillus rhamnosus has a marked effect on GABA levels in certain brain regions and lowers the stress-induced hormone corticosterone, resulting in reduced anxiety- and depression-related behavior.  So the three-prong dietary answer for treating depression is to:

Beware that your gut bacteria are also very sensitive to and can be harmed by the following, all of which should be avoided:

Vitamin D deficiency is another important biological factor that can play a significant role in mental health. In one 2006 study,15 seniors with vitamin D levels below 20 ng/ml were found to be 11 times more prone to be depressed than those with higher levels. It’s worth noting that the mean vitamin D level was just under 19 ng/ml, which is a severe deficiency state. In fact, 58 percent of the participants had levels below 20 ng/ml. A 2007 study16 suggested that vitamin D deficiency is responsible for symptoms of depression and anxiety in patients with fibromyalgia. Vitamin D deficiency is also a well-recognized cause in Seasonal Affective Disorder17 (SAD). A double-blind randomized trial18 published in 2008 also concluded that:

“It appears to be a relation between serum levels of 25(OH)D and symptoms of depression. Supplementation with high doses of vitamin D seems to ameliorate these symptoms indicating a possible causal relationship.”

More recently, researchers19 found that seniors with depression had vitamin D levels that were 14 percent lower than those who were not depressed. Here, those with vitamin D levels below 20 ng/ml had an 85 percent increased risk of depression, compared to those with levels above 30 ng/ml. Yet another paper20 published in 2011 noted that:

“Effective detection and treatment of inadequate vitamin D levels in persons with depression and other mental disorders may be an easy and cost-effective therapy which could improve patients’ long-term health outcomes as well as their quality of life.”

Based on the evaluation of healthy populations that get plenty of natural sun exposure, the optimal range for general physical and mental health appears to be somewhere between 50 and 70 ng/ml. So, if you’re depressed, you’d be well advised to get your vitamin D level checked, and to address any insufficiency or deficiency. The D*Action Project by GrassrootsHealth is one cost effective testing solution. As for optimizing your levels, sensible sun exposure is the ideal way. Alternatively, use a tanning bed with an electronic ballast, and/or an oral vitamin D3 supplement. GrassrootsHealth has a helpful chart showing the average adult dose required to reach healthy vitamin D levels based upon your measured starting point. Keep in mind that if you opt for a vitamin D supplement, you also need to take vitamin K2 and magnesium, as these nutrients work in tandem.

There Are Many Alternatives to Drug Treatment

Antidepressant drugs come with a long laundry list of risks, and are therefore best left as a last resort, if all else fails. Medical journalist and Pulitzer Prize nominee Robert Whitaker has detailed the many drawbacks and benefits of various treatments in his two books: Mad in America, and Anatomy of an Epidemic: Magic Bullets, Psychiatric Drugs, and the Astonishing Rise of Mental Illness in America, noting that physical exercise actually comes out on top in most studies—even when compared against antidepressant drugs.

Exercise primarily works by helping to normalize your insulin levels while simultaneously boosting “feel good” hormones in your brain. But researchers have also discovered that exercise allows your body to eliminate kynurenine, a harmful protein associated with depression.21 And, again showing the link between inflammation and depression, your body metabolizes kynurenine in the first place via a process that is activated by stress and inflammatory factors… While I addressed several dietary factors to restore health to your gut, I also recommend supplementing your diet with a high quality animal-based omega-3 fat, such as krill oil. This may be the single most important nutrient for optimal brain function, thereby easing symptoms of depression. Vitamin B12 deficiency can also contribute to depression and affects one in four people.

Last but not least, make sure you get enough sleep. The link between depression and lack of sleep is well established. Of the approximately 18 million Americans with depression, more than half of them struggle with insomnia. While it was long thought that insomnia was a symptom of depression, it now seems that insomnia may precede depression in some cases.22 Recent research also found that sleep therapy resulted in remarkable improvements in depressed patients. The take-home message here is that one or more lifestyle factors may be at the heart of your depression, so you’d be well advised to address the factors discussed in this article before resorting to drug treatment—which science has shown is no more effective than placebo, while being fraught with potentially dangerous side effects.