Connection Between Stress and Autoimmune Disease

As you may already know, autoimmunity is a form of immune dysregulation. This occurs as a result of different factors and that includes emotional factors. Your emotional health is directly linked to your immune function, via the HPA (hypothalamic-pituitary-adrenal) axis, which means that you can positively influence your physical health by optimizing your emotional state and your mindset. On the other hand, if you have unresolved emotional trauma, have a poor relationship with yourself, or have a negative mindset in general, you will be promoting ill health and you may not even realize that you are doing it! 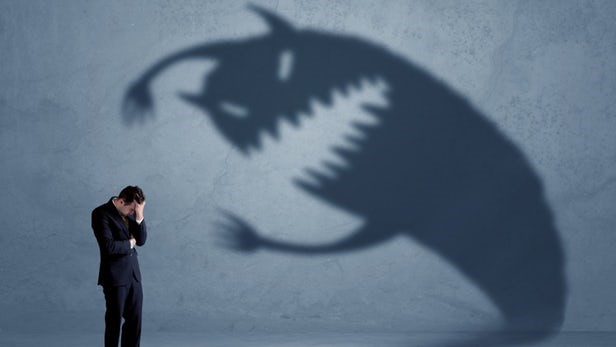 Does stress trigger the onset or development of autoimmune disease, or is the connection between stress and immune dysfunction more complicated than that?(Credit: ra2studio/Depositphotos)

A massive study spanning 30 years of data and examining a cohort of over one million people has found a strong association between persons suffering from stress disorders, including PTSD, and an increased risk of developing autoimmune diseases such as arthritis and Crohn’s disease.

The link between certain traumatic life stresses and autoimmune disorders may seem a little obvious. After all, many of us have experienced stress manifesting in physical symptoms, such as stomach aches, for example. But, surprisingly, there has been limited scientific study into the direct connection between stress-based psychiatric conditions and specific immune-related disease.

The striking results found that those suffering from a diagnosed stress-related disorder were 30 to 40 percent more likely to subsequently be diagnosed with one of 41 different autoimmune diseases. These autoimmune diseases included rheumatoid arthritis, psoriasis, Crohn’s disease and celiac disease.

“We know from previous research that too much stress can disrupt our immune system, but this is the first study that shows the link between PTSD and other stress disorders and increased risk of autoimmune diseases in a large sample of individuals,” says Unnur Anna Valdimarsdóttir, one of the lead researchers on the study.

Autoimmune disease risk increased in cases of individuals diagnosed at a young age with PTSD. And even more interestingly, those subjects receiving antidepressant treatment for PTSD soon after diagnosis displayed lower rates of developing subsequent autoimmune diseases. While this last point certainly supports a hypothesis suggesting a causal link between stress and the onset of an autoimmune disease, the researchers are cautious to add this is only an observational study so only a correlation can be drawn.

Perhaps the most convincing conclusion to be drawn from the study is an affirmation of the strong link between psychological stress and physical inflammatory conditions. There is a compelling hypothesis growing in some research fields suggesting several psychological disorders could stem from inflammation in the brain. One recent study even went so far as to explicitly correlate brain inflammation with suicidal thoughts.

While it is tempting to try to turn this into a ‘what came first’ argument, the psychological disorder or the inflammatory condition, the reality is that it may be a much more complex and interlinked relationship. Autoimmune diseases and psychological conditions may be fundamentally two sides of the same coin and the more we can understand this strange holistic connection, the better we will be able to treat a whole host of different diseases, both in the mind and the body.

By Rich Haridy, NewAtlas
June 20th, 2018|
The new study was published in the journal JAMA.
Source: University of Iceland