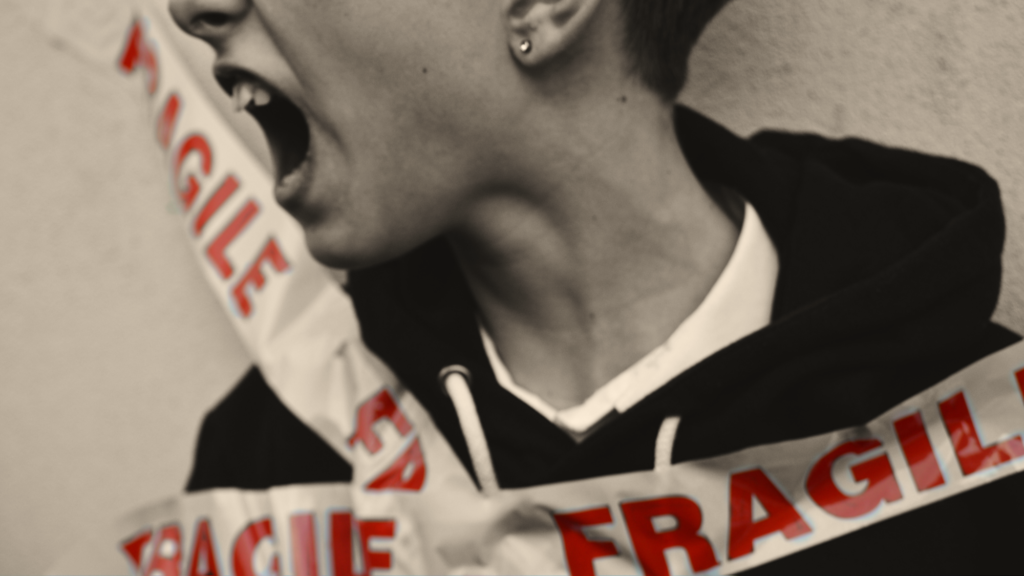 Human beings have long sought to understand the basis of pain.  Until the late 17th century, pain and disease were considered a byproduct of sin, or something a person endured to test their faith.  But after philosopher René Descartes first theorized that pain was a physical sensation interpreted by the brain, doctors started looking to the body for answers.

Today, chronic pain – which affects 50 million people in the United States alone –  is still widely understood as a phenomenon that always originates in the body.  But a small and influential group of physicians is putting forward a very different hypothesis: Some chronic physical pain, they say, could be a byproduct of unresolved emotional trauma.

This concept can be controversial among people seeking treatment, who might bristle at the idea that their physical pain may not have a physical origin.  Implying that there’s an emotional aspect to pain may be mistaken for saying it’s all in a person’s head.  But ongoing research shows that chronic physical pain, at least for some people, may really have an emotional and psychological underpinning.

When people experience trauma, it doesn’t just impact them in terms of their mental health,” says Abigail Lott, licensed clinical psychologist and assistant professor at Emory University.  “It can impact their body as well.”

“In statistical models that we run, you can use different variables to predict the likelihood that someone will report pain,” she says.  “We’ve seen that the more trauma you experience, the more likely you are to have a pain condition.”

One notable example of this is the adverse childhood experiences (ACE) study.  Published in 1998, the study surveyed 9,500 people about past trauma as kids, such as sexual abuse, domestic violence, and exposure to substance abuse.  People who were exposed to more than one adverse childhood experience had a two to fourfold increased likelihood of poor physical health, including suffering chronic physical pain.  Other studies have found a correlation between emotional trauma and the onset of conditions like fibromyalgia, premenstrual syndrome, unspecified lower back pain, and pain-related disability.

“Fear and pain kind of work together and help keep each other around.”

Researchers are exploring why emotional trauma and chronic physical pain so often coexist.  One theory is that trauma-based disorders like post-traumatic stress disorder (PTSD) prime the body for pain.

“When you experience [PTSD], you have a symptom called hyperarousal where your autonomic nervous system is on high alert all the time,” Lott says.  “Part of that means being extremely tense and attuned to threats all the time, including physical pain.”

This hypervigilance not only makes a person more attuned to pain cues within the body, but it can also lower a person’s threshold for what causes a pain sensation, and how quickly someone can recover from it.  When this happens, “patients start isolating, they’re not engaging in anything, not trying to exercise, and that can make a pain condition worse,” Lott says.  “Fear and pain kind of work together and help keep each other around.”

Researchers have also found that emotional trauma and chronic physical pain activate similar neuro-pathways in the brain.  In one 2011 study, people were asked to view photographs of their former romantic partners during an MRI scan.  Researchers noted that the areas in the brain that process physical pain lit up.  In other words, to the brain, physical pain and painful emotional experiences are indistinguishable, the researchers said.

What researchers are just now beginning to understand is that exposure to multiple emotional traumas may strengthen neural associations with pain so much so that unresolved emotional hurts can actually produce chronic physical pain within the body.

Dr. Howard Schubiner, a clinical professor of internal medicine at Michigan State University, has studied the connection between trauma and pain for decades – something he refers to as a neural circuit disorder or mind-body Syndrome, a term he has popularized.  Schubiner leads workshops around the country teaching other physicians, clinicians, and laypeople about the relationship between trauma and physical pain, and how those associations can be “unlearned.”  Schubiner also treats people in his private practice.

“The first step is ruling out a physical condition, and then ruling in a neural circuit disorder,” Schubiner says.  “As a physician, if I find that you have a large herniated disc that’s pressing on a nerve, that makes me happy –  it says I’m a good doctor, I found out the patient has a structural problem, and that they don’t need mind-body treatment.”  But often, says Schubiner, the people he sees have chronic pain due to a learned association between pain and trauma, even after the injury has healed.  For example, a Vietnam veteran whose wounds throb at the sound of a helicopter, or a young woman who feels pelvic pain when she relives a childhood sexual assault (both people he has treated).

“When these triggers occur, the neural circuits learn, just like Pavlov’s dogs, to create pain,” Schubiner says.  Triggers can be anything, he says, from events linked to the trauma (like the helicopter) to seemingly random associations like stormy weather or sitting in a certain seat.  “The pain is real, but not because of changes in the weather or the chair you’re sitting in –  it’s because the brain recognizes those triggers and says that it’s time to generate pain.”

Pain that is highly localized in a person without a history of trauma is likely to be a tissue problem, says Schubiner – for instance, a slipped disc pressing on a nerve in someone’s back.  But when the tissue is healed and the pain persists, it could be due to hyperarousal, something that Schubiner says can be calmed in time.  Pain that shifts to different places in the body, or pain that fluctuates based on an emotional experience, may be a neural circuit disorder.

Mark Lumley, director of clinical psychology doctoral training at Wayne State University, has studied neural circuit disorders and co-authored research on mind-body syndrome alongside Schubiner.  Once a neural circuit issue is ruled in, he says, clinicians take a psychosocial history – a detailed rundown of an individual’s mental health and social well-being – to determine whether the onset of pain lines up with a particular traumatic event.  Then, a patient and a practitioner begin the hard work of confronting their trauma in a safe environment.

“Patients might struggle with this and avoid it at first,” Lumley says.  “But if they choose to open up about these emotional experiences, like a sexual assault they experienced as a teenager, their pain starts doing interesting things.”

Lumley and Schubiner have termed this treatment emotional awareness and expression therapy, or EAET.  In a session, which typically lasts 90 minutes, practitioners guide a person seeking care through a roleplay exercise in order to capture a hurtful memory or present-day trauma and relieve it therapeutically.  “The patient imagines the other person is in the room with them and they relive the encounter, but this time they put a new ending on what happened,” Lumley says.  “We ask them, ‘What are the emotions you need to express? What did you want to say that you couldn’t then but can now that you’re older?’  We help patients find the voice to do that, to take it from their body and put it into language or expression.”

For other people, this approach can take more time.  “There’s a big range in how long it takes to treat,” Schubiner says.  “It depends on the person, how severe the trauma is, and how capable the patient is in expressing themselves.”  Some people have opted out of EAET treatment because the idea of confronting their trauma is too overwhelming to face.  “We’ve absolutely had people say, ‘No, I’d rather be in pain than confront my father, that’s how much it scares me,’” Lumley says.

But Schubiner says they’ve seen positive results.  When a person is exposed to their trauma and continually given messages of safety, Schubiner says, the association between emotion and pain starts to untangle.  “It could take a day, a week, a year, but taking something scary and showing the patient that it’s safe – that’s how the neural circuit gets reversed,” Schubiner says.  Eventually, the brain is able to form new neural pathways that don’t produce pain, a process called neuroplasticity.  Even into old age, brains are able to form new structural pathways that are strengthened with repetition – so when a patient vents and processes traumatic memories, all the while getting messages of safety, eventually the brain will unlearn its connection between pain and emotional trauma, Schubiner says.

We are seeing more and more research supporting the connection between toxic stress and physical pain along with a variety of therapies that attempt to work with the individual components.  We have long been aware that toxic stress, emotional trauma, and chronic physical pain activate similar neuropathways in the brain and body that affect the autonomic nervous system, often keeping us in a hyperarousal state, or in survival mode.

Unreleased toxic stress, trauma, and PTSD affects not only the body and the brain, but the ability to heal pain, repetitive injuries, anxiety, and even depression.  It is one of the major foundations for illness and disease.

Unified Therapy™ activates a natural, internal healing reflex that addresses the etiology or root cause, rather than simply managing and treating individual symptoms.

How Is Unified Therapy™ Different from Other Healing Therapies?

While a lot of therapies just deal with either the biomechanics or the psychological aspects of the condition, Unified Therapy™ is the new model and the only known toxic stress, anxiety, and pain therapy that allows active participation in the healing process.  It incorporates multiple techniques based on a variety of therapies to promote physical and psychological healing.

We have found that in addition to a dysregulated nervous system and a high ACE Score, there are biopsychosocial factors that affect systemic healing.  All factors must be addressed and Unified for genuine healing to take place.