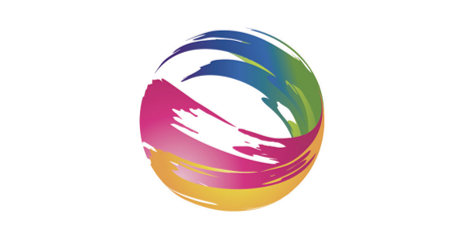 Buried around your gut, or digestive system, is a second brain.  The gut brain, also called the Enteric Brain, has a mind of its own.  Functioning much like the brain in your head, this system is able to sense and receive impulses.  It records and remembers experiences, and responses to all kinds of emotions.  Its neurons, or nerve cells, are affected by the same neurotransmitters (tiny protein messengers), as your high brain.  This bidirectional communication between upper and lower brain is unique in the body, because “the gut can upset the brain, just as the brain can upset the gut.”

“Structurally, and neurochemically, the enteric nervous system is a brain unto itself. Within those yards of tubing lies a complex web of microcircuitry driven by more neurotransmitters and neuromodulators that cannot be found anywhere else in the peripheral nervous system.”

The Enteric Brain is located in the sheets of cells lining the esophagus, stomach, small intestines, and large intestines.  It is considered to be a separate entity unto itself, because even if you cut all the nerves running to the Enteric Brain, it could still function independently.  This second brain is composed of a network of different kinds of neurons, neurotransmitters and proteins that carry messages between other neurons, interneurons and immune cells.  The Enteric Brain actually contains 100 million neurons more than the spinal cord.  Major neurotransmitters, such as Serotonin, Dopamine, Glutamate and Nor epinephrine, are found in the Enteric Brain.  In fact, 95% of the body’s Serotonin (best known as the anti-depressive or ecstasy molecule) is found here, along with the major cells of the immune system’s inflammatory network.  The Enteric Brain makes Benzodiazepines, which are psychoactive drugs like Valium® and Xanax®.

“The brain in the gut plays a major role in human happiness and misery.”

The Enteric Brain can be overwhelmed by general life stress, as well as disruptive emotions and repressed feelings.  These effects are generally unconscious to the individual and often happen over a period of months or years, eventually putting the Enteric Brain into a state of chronic stress or Survival Mode.  This arrested state of gut physiology can have disastrous effects on digestion, emotions, and overall physical health.

The Autonomic Nervous System is made up of two parts.  One part, the Sympathetic nervous system (via the Prevertebral Ganglia), is responsible for the stress and survival response.  It speeds up your heart and raises your blood pressure and makes you sweat, but when it comes to digestion it slows the process way down.  This slowing down promotes fat storage (especially around your belly), decreases metabolism, increases glucose, cortisol and adrenaline, promotes insulin resistance, and increases acid reflux and constipation.

The other part is called the Parasympathetic nervous system (via the Vagus nerve), and is responsible for the relaxation response, often referred to as “rest and digest.”  It facilitates digestion and intestinal motility, enhances fat usage and improves insulin sensitivity.  Both brains must work together in the context of safety and relaxation for this system to work to its maximum capacity.  The Enteric Brain, when under parasympathetic, or vagal control, is designed to process food and enhance metabolism and overall growth.

“Provided that the Vagus nerve is intact, a steady stream of messages flows back and forth between the brain and the gut.  We all experience situations in which our brains cause our bowels to go into overdrive.  But in fact, messages departing the gut outnumber the opposing traffic on the order of about nine to one. “

“The Vagus nerve, … has been termed the most important nerve in the body because it controls heart rate, digestion, and other fundamental body functions, [and] also controls the immune system.”

The brain sends signals to the gut by talking to a small number of “Command Neurons” or “Master Neurons” that in turn speak to “Interneurons” which are neurons spread throughout the entire Enteric Brain complex.  Command Neurons control the pattern of activity in the Enteric Brain.  The Vagus Nerve alters the volume of activity of command neurons by changing their rate of firing.  If we are stressed, fearful or suffering from Post Traumatic Stress, that is, acting unconsciously as if the original hurt or injury is still going on, the rate of firing of the command neurons and Vagus nerve can get dangerously out of balance.  This inhibits the Enteric Brain, resulting in poor digestion, disease, and inhibited growth and healing on all levels.  Most of us have experienced a sinking, heavy feeling in our abdomen upon hearing bad news, or when someone hurts our feelings.  This is an example of the basic communication between high brain and Enteric Brain.  Another example is when we feel the urge to start or stop eating.  Most people are not aware that the state of the Enteric Brain is responsible for far more of our health and happiness than anyone could have imagined.

Research suggests that when the gut brain is out of balance (homeostasis), weight gain, inflammation (inflammatory reflex), and diseases of the digestive system but also our very mood and outlook on life are all affected.  This is why a method of positive autonomic stimulation that in turn balances Enteric Brain function is a milestone in therapeutic healing approaches, with the potential to end a large amount of human suffering and disease.

“Fear also causes the Vagus nerve to turn up the volume on serotonin circuits in the gut.  Thus over stimulated, the gut goes on to higher gear and diarrhea results.  Similarly, people sometimes choke up with emotion, when nerves in the esophagus are highly stimulated people have trouble swallowing.”

“In cases of extreme stress, the higher brain seems to protect the gut by sending signals to immunological mast cells.  The mast cells secrete histamine, prostaglandin and other agents that help produce inflammation.  This is protective.  If an animal is in danger and subject to trauma, dirty stuff in the intestines is only a few cells away from the rest of the body.  By inflaming the gut, the brain is priming the gut for surveillance, unfortunately, the chemicals that also get released cause diarrhea and cramping.”

~ Dr Jackie Wood
Chairman of the Dept. of Physiology
at Ohio State University in Columbus

The practical application is hands-on stimulation and sedation of the abdomen (Enteric Brain) by the therapist, as well as self-imposed work using the weighted exercise balls, along with guided breathing, and mindful interaction with somatic sensations.  This method of biofeedback entrains the Autonomic Nervous System, particularly enhancing Vagal nerve function, to respond to conscious or mindful control.  This in turn empowers the client to develop a proactive dialogue to somatic or body sensations without becoming overly fearful, aroused, or somatically dissociated.

“Most of the gut sensations that enter conscious awareness are negative things like pain and bloatedness.  People do not expect to feel anything good from the gut but that does not mean that such signals are absent.”

– Dr. David Wingate
Professor of Gastrointestinal Science
at the University of London

There is a vast array of sensory information that becomes available to the client.  This could be feeling abdominal pulses, localized discomfort, or referred sensation to other areas, or temperature changes, eventually activating an autonomic righting reflex.  This manifests in subtle to strong involuntary movements in the abdomen as well as other forms of release such as shaking and trembling in the rest of the body.  It is also common, because of the rich source of neuropeptides in the Enteric Brain for patients to experience many emotions or memories that preceded the onset of the disease or symptoms.  With repeated application, which results in potentiation of the Enteric nervous system, the client is able to allow the body to express itself without fear and somatic dissociation.  The client, after experiencing these energetic pendulations of the ANS, consequently returns to deep Vagal or parasympathetic tone, resulting in expanded states of peace, wellness and trust of this innate biological process.

“The Enteric Brain is a built in biological system to keep us on the path to health and higher consciousness or awareness.  It is controlled by an innate network that tells us whether or not it is safe to become fully human and free from fear, or to stay living in fear, survival, and separation.” 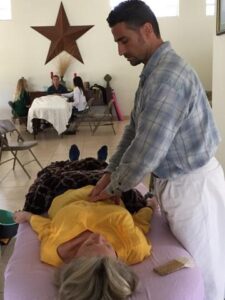 The results achieved through autonomic re-regulation therapy such as Unified Therapy™ are unprecedented.  Research suggests that when the gut brain is out of balance (homeostasis), weight gain, inflammation (inflammatory reflex), and diseases of the digestive system but also our very mood and outlook on life are all affected.

This is why a method of positive autonomic stimulation that in turn balances Enteric Brain function is a milestone in therapeutic healing approaches, with the potential to end a large amount of human suffering and disease.