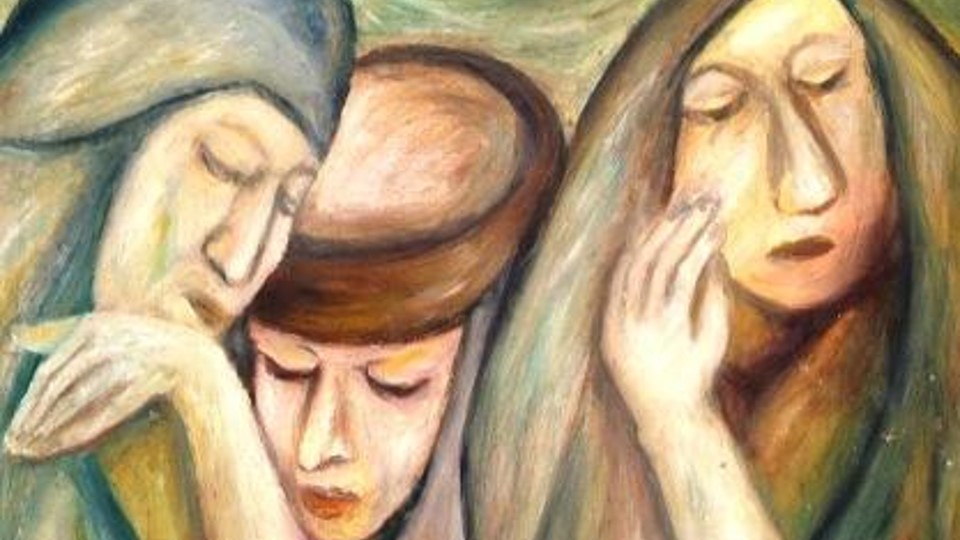 Somatization is the ability of our brain to convert emotional and mental stressors into a physical condition. When we begin to understand that we influence our body through our mind and the buildup of stressors, we can then change our mind and our body, thereby altering the condition from only suffering to that of purpose in life.

Somatization disorder is a psychiatric condition marked by multiple medically unexplained physical, or somatic, symptoms. In order to qualify for the diagnosis of somatization disorder, somatic complaints must be serious enough to interfere significantly with a person’s ability to perform important activities, such as work, school or family and social responsibilities, or lead the person experiencing the symptoms to seek medical treatment.

Somatization disorder has long been recognized by psychiatrists and psychologists, and was originally called Briquet’s syndrome in honor of Paul Briquet, a French physician who first described the disorder in the nineteenth century. It is included in the category of somatoform disorders in the Diagnostic and Statistical Manual of Mental Disorders (DSM-IV-TR), the professional handbook that aids clinicians in diagnosing patients’ mental disorders. The term “somatoform” means that the physical symptoms have a psychological origin.

DEFENSE AGAINST PSYCHOLOGICAL DISTRESS. One of the oldest theories about the cause of somatization disorder suggests that it is a way of avoiding psychological distress. Rather than experiencing depression or anxiety, some individuals will develop physical symptoms. According to this model, somatization disorder is a defense against psychological pain that allows some people to avoid the stigma of a psychiatric diagnosis. While getting the care and nurturing they need from doctors and others who are responsive to their apparent medical illnesses, many patients are encouraged to continue their manipulative behavior.

Many patients described by Sigmund Freud would be diagnosed today with somatization disorder. His patients were usually young women who complained of numerous physical symptoms. In the process of speaking with Freud, they would often recall a number of distressing memories; discussing these memories frequently led to the relief of physical symptoms. These cases formed the foundation of Freud’s psychoanalytic treatment. Although this theory offers a plausible explanation for somatization disorder, research indicates that people with multiple physical symptoms are actually more likely to report psychiatric symptoms than those with few physical problems. These findings appear to support a connection between psychological and physical distress, but are inconsistent with the idea that physical symptoms offer a defense against overt psychiatric symptoms.

CATASTROPHIC THINKING ABOUT PHYSICAL SENSATIONS. According to these thoughts, somatization disorder results from negative beliefs and exaggerated fears about the significance of physical sensations. Individuals with somatization disorder are thus more likely to believe that vague physical symptoms are indicators of serious disease and to seek treatment for them. For instance, someone with somatization disorder may fear that a headache signals a brain tumor, or that shortness of breath indicates the onset of asthma. When their doctors can find no medical explanation for the symptoms, the patients may fear that they have a rare disease; they frantically look for specialists who can provide a diagnosis. Anxiety causes them to focus even more intensely on their symptoms, which in turn become more disabling. Many people with somatization disorder reduce or eliminate many activities out of fear that exertion will worsen their symptoms. With fewer activities to distract them from their symptoms, they spend more time worrying about physical problems, resulting in greater distress and disability.

Gastrointestinal (GI) complaints, such as nausea, bloating, diarrhea, and sensitivities to certain foods are common, and at least two different GI symptoms are required for the diagnosis. Sexual or reproductive symptoms, including pain during intercourse, menstrual problems, and erectile dysfunction are also necessary features for a diagnosis for somatization disorder. Other frequent symptoms are headaches, pain in the back or joints, difficulty swallowing or speaking, and urinary retention. To qualify for the diagnosis, at least one symptom must resemble a neurological disorder, such as seizures , problems with coordination or balance, or paralysis.

According to the DSM-IV-TR, somatization disorder is rare in males in the United States, although higher rates are seen among males from some cultural and ethnic groups. The DSM-IV-TR estimates that between 0.2% and 2% of women, and less than 0.2% of men, suffer from somatization disorder in the U.S. Sex ratios may arise from different rates of seeking treatment. However, studies of unexplained somatic symptoms in the general population find less striking differences in rates between men and women. Specific symptoms may vary across cultures. For example, the DSM-IV-TR notes that the sensation of worms in the head or ants crawling under the skin are sometimes reported in African and South Asian countries, but rarely seen in North American patients.

To receive a diagnosis of somatization disorder, the individual must have a history of multiple physical complaints that began before age 30 and that continued for several years (DSM-IV-TR). These symptoms must cause significant impairment to social, occupational or other areas of functioning—or lead the patient to seek medical treatment.

Each of the following four criteria must be met.

If a thorough medical evaluation reveals no evidence of an underlying medical- or drug- or medication-induced condition, the diagnosis of somatization disorder is likely. People with genuine medical conditions can qualify for the diagnosis if the level of functional impairment reported is more than would be expected based on medical findings. The symptoms must not be intentionally produced. If the patient is feigning symptoms, a diagnosis of factitious disorder or malingering would most likely be considered.

Cognitive-behavioral therapy (CBT) for somatization disorder focuses on changing negative patterns of thoughts, feelings, and behavior that contribute to somatic symptoms. The cognitive component of the treatment focuses on helping patients identify dysfunctional thinking about physical sensations. With practice, patients learn to recognize catastrophic thinking and develop more rational explanations for their feelings. The behavioral component aims to increase activity. Patients with somatization disorder have usually reduced their activity levels as a result of discomfort or out of fear that activity will worsen symptoms. CBT patients are instructed to increase activity gradually while avoiding overexertion that could reinforce fears. Other important types of treatment include relaxation training, sleep hygiene, and communication skills training. Preliminary findings suggest that CBT may help reduce distress and discomfort associated with somatic symptoms; however, it has not yet been systematically compared with other forms of therapy.

Untreated somatization disorder is usually a chronic condition, though specific symptoms can come and go and overall severity may fluctuate over time. Somatization disorder poses a serious problem for society, since many who suffer from it become functionally disabled and unable to work. In addition, patients with unexplained physical symptoms strain already overburdened health care resources. Unexplained physical symptoms are extremely common among patients visiting general practitioners, with some estimates suggesting that over two-thirds of general medical patients have symptoms that cannot be explained by medical tests. Fortunately, there is preliminary evidence that psychotherapy and medication can effectively reduce symptoms and disability.

Hotopf, Matthew, Michael Wadsworth, and Simon Wessely. “Is ‘somatisation’ a defense against the acknowledgement of psychiatric disorder?” Journal of Psychosomatic Research 50 (2001): 119-124.