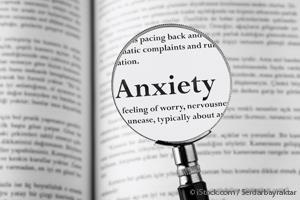 Depression and other mental health problems are at epidemic levels judging by the number of antidepressants prescribed each year.

This despite overwhelming evidence showing that antidepressants do not work as advertised.

At best, antidepressants are comparable to placebos. At worst they can cause devastating side effects, including deterioration into more serious mental illness, and suicidal or homicidal tendencies.

Virtually all of the school and mass shooters, for example, have been on antidepressants. Antidepressants are also prescribed to pregnant women, which can have serious repercussions for the child.

Research shows boys with autism are three times more likely to have been exposed to antidepressants known as selective serotonin reuptake inhibitors (SSRIs) in utero than non-autistic boys.  Those whose mothers used SSRIs during the first trimester were found to be at greatest risk.

Recent research into the mechanisms driving anxiety and social phobias now turn conventional drug treatment with SSRIs on its ear.

Turns out these mental health problems are not due to low serotonin levels as previously thought.  They’re linked to high levels! If these findings are taken as seriously as they should be, the mental health field is in for a major overhaul.

The Low Serotonin Theory Was Never Proven True, Yet Spawned a Booming Market of SSRIs

Prozac was released in 1987 in the US, giving rise to an entire new antidepressant therapy class known as selective serotonin reuptake inhibitors (SSRIs). Some of the most popular ones include:

SSRIs work by preventing the reuptake (movement back into the nerve endings) of the neurotransmitter serotonin. This makes more serotonin available for use in your brain, which is thought to improve your mood.

Most people have heard of the “chemical imbalance” theory, which states that depression and anxiety disorders are due to low serotonin levels.  Most believe this theory to be true.  But the theory was just that—a theory. It sounds scientific, but there was actually no hard evidence behind it.

As explained by investigative health journalist Robert Whitaker, in 1983 the National Institutes of Mental Health (NIMH) investigated whether or not depressed individuals had low serotonin. At that time, they concluded there was no evidence that there is anything wrong in the serotonergic system of depressed patients.

Research published in 2009 added further evidence to the pile indicating the low serotonin idea was incorrect, as they found strong indications that depression actually begins further up in the chain of events in the brain. Essentially, the medications have been focusing on the effect, not the cause.

Drug companies kept running with the low serotonin theory though, as it justifies the aggressive use of antidepressants to correct this alleged “imbalance.” Now, Swedish research really throws the justification for using SSRIs to treat anxiety disorders into question.

As with depression, low serotonin has been the prevailing theory for explaining social anxiety, and hence SSRIs are typically prescribed for this disorder. (Other commonly prescribed anti-anxiety drugs include benzodiazepines, such as Ativan, Xanax, and Valium.)

These are also associated with serious risks, including memory loss, hip fractures, and addiction. Among women who take SSRI’s to counter symptoms of menopause, the drugs can significantly elevate their risk of bone fractures, and this risk lingers for several years.

After two years of treatment, the fracture rate was 73 percent higher. People who take these drugs are also nearly four times more likely to die prematurely than people who don’t, and also have a 35 percent greater risk of cancer.

As reported by Medical Daily:

[Dr. Tomas] Furmark and Dr. Mats Fredrikson, another professor of psychology at Uppsala University, questioned the underlying hypothesis of treating patients with SSRIs: What molecular role, exactly, does serotonin play in social phobia?

To discover the truth, they used brain scanning technology, PET scans, to measure serotonin in the brains of volunteers with social phobia.

Communication within the brain works like this: Nerve cells release serotonin into the space between nerve cells. Then, serotonin attaches itself to receptor cells.  Following this, serotonin is released from the receptor and returns to the original cell.

The researchers discovered patients with social phobia were producing too much serotonin in the amygdala. This brain region, tucked deep inside our skulls, is the seat of our most primitive emotions, including fear. The more serotonin produced in this area, then, the more anxious people feel in social situations.

Previous studies have revealed that increased nerve activity in the amygdala is part of the underlying mechanism that produces anxiety. Basically, those with social phobia have an over-active fear center. These new findings provide additional information, suggesting increased serotonin production in the brain may be part of this mechanism.

Either way, when it comes to treating this anxiety disorder, increasing serotonin in your brain with an SSRI will not soothe your anxiety. It will increase it, making SSRIs a questionable treatment option.