What Resets Our Nervous System After Trauma? 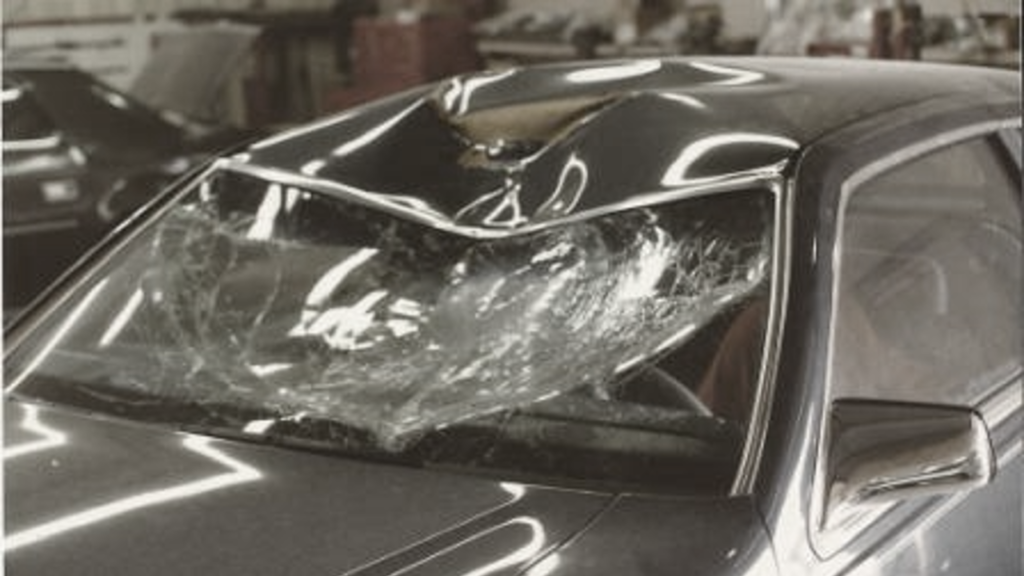 Dr. Levine: When I first started developing my approach to trauma – and this was in the sixties and seventies, so it was way before the definition of trauma as PTSD – I noticed how many different kinds of sometimes even seemingly ordinary events could cause people to develop symptoms that would be later defined as trauma, as PTSD.

And I also was really curious why animals in the wild – because the parts of our brain that respond to trauma are really quite the same in all mammals, including us – and if they became so easily traumatized, they probably would never survive because they would lose the edge, and then they wouldn’t survive nor would the species survive.

So I realized there must be some powerful innate mechanism that helps people rebound; that sort of resets our nervous system after encounters with trauma, highly arousing encounters with trauma. And I discovered that these reactions that reset the nervous system are identical with animals and with people. The difference is that we learn to override it because of fear of powerful sensations.

And if we could just be guided – I know it is an oversimplification – but the basic idea is to guide people to help them recapture this natural resilience. And we do this through helping them become aware of body sensations. And as they become aware and able to befriend their body sensations, they are able to move out of these stuck places.

Because I realized that trauma was about being stuck in these high levels of arousal or in low-level, shutdown levels of arousal and dissociation. So it really became a matter of learning how to help people to contain these sensations and help them to move through, back into life, to discharge, as it were, these high-levels of activation.

And in animals – and in humans – I noticed it [trauma] as a particular type of sequence involving shaking and trembling.

We can help move these people out of these high states of hyper arousal back into balance, back into equilibrium. We want to help people come out of shut-down and dissociation, come back into life, and it’s possible to do this in a safe way; in a way that really largely ensured that people weren’t overwhelmed – you know, that was a problem in the therapies at that time which were very cathartic.

So they would have people with really big reactions, and often people would feel better after that – probably, at least in large part, because there was a releasing of endorphins and catecholamines, adrenalin-like hormones, and neurotransmitters, and so the people, in a way, they felt a tremendous relief, even a high. But then they would go back into the same trauma patterns afterwards.

So I realized that, again, if you just overwhelm the person, the nervous system really can’t tell the difference between the trauma and just being overwhelmed/overloaded in the same way.

So that really is the basis of the core aspects of somatic experiencing. And because it was a naturalistic way of approaching things – learning from animals in the wild, from ethology – to awakening those resilient instincts that exist within us because we are mammals.

The Nine-Step Method for Transforming Trauma

Dr. Levine: The first thing is that you have to create a sense of relative safety. Remember we talked about the social engagement system – you have to help the person feel just safe enough to begin to go into their bodies.

Then, from that sense of relative safety created by the therapist and the environment, we help the person support initial exploration and acceptance of sensations. And we do it only a little bit at a time, so they “touch into their sensations” then come back into the room, into themselves.

The third step is a process I call “pendulation.” That’s a word I made up – what it means is that when people first begin to experience their body sensations, they actually feel worse for a moment. It is probably largely because they have avoided their sensations. So when they feel them, they feel worse.

This is like a contraction. But what I have discovered is when you help support people, they discover that with every contraction there is an expansion. So if they learn just to stay with these sensations just momentarily long enough, it will contract but then it will expand. And the rhythm between contraction and expansion, that really gives people the sense, “Oh my God, I’m going to be able to master this!”

So, again, when they get the sense or rhythm, of contraction/expansion, it needn’t become threatening. It just becomes, “Oh, okay, I’m contracting, and now I’m expanding.”

The fourth step, which is really the first, and the second, and the third, and the fourth, fifth, sixth, seventh and eighth, is what I call “titration.” And by titrating, by just dosing one small amount of experience at a time, this creates an increase in stability, resilience, and reorganization of the nervous system. So titration is about carefully touching into the smallest drop of survival-based arousal…

Dr. Buczynski: So sort of like a homeopathic approach to trauma? A homeopathic dose level of approaching…

Dr. Levine: Yes! Yes, that’s it! Yes, that is exactly a really good analogy – and it may be more than just an analogy. You know, we have a number of homeopaths, particularly in the European and South American trainings – and, you know, they get it – the idea of the smallest amount of stimulus that gets the body engaged in its own self-defense mechanisms.

When people are in the immobility response, when they are in the shut-down state, what happens is that normally in animals, it’s time-limited. I was out on the beach the other day and some of the kids on the beach do this for fun – they will take one of the pigeons and hold it. They will come up very quietly behind the pigeon, hold around its wings so it can’t move, and then turn it over and it goes into this complete immobility response. It doesn’t move. It looks like it is dead – it is so-called “playing possum.” But then, if they [the kids] leave it for a moment upside-down there on the sand, after a few seconds, it pops out of this immobility state and flies off as though nothing had happened.

So I call it “fear-potentiated immobility.”

In this step, we uncouple the fear from the immobility and the person comes out of the immobility, back into life. And, again, when they come out, there is usually a lot of activation, a lot of arousal. So when the person comes out, we have to be prepared to help them contain that sensation of arousal and then move through that, back into homeostasis, balance and social engagement. So that is the sixth step.

And the seventh step is to help them discharge and regulate the high arousal states, and they redistribute the mass of the vital energy mobilized for life-preserving action, while freeing that energy to support higher-level brain functions.

And then the ninth step is to help the person reorient in the here and now.

In a Unified Therapy™ session, given a safe environment with a skilled therapist, an involuntary action or homeostatic healing reflex can take over the nervous system.  Once activated, it seems to be driven by an innate self-organizing force, allowing the body to re-balance and release deep held stress, trauma, and return to homeostasis.

During a Unified Therapy™ session, you will hear the therapist asking you to be present, tune in, focus, feel and breathe into an area of your body.  What we are trying to do is re-establish the connection that is lost between the brain and the body.

Using a variety of specific and proven techniques to establish the brain-body connection, in a safe and sacred space, the therapist guides and supports the client to activate this natural, systemic Healing Reflex™.  Systemic means the whole body gets involved, including physical structures (i.e. spine, muscles, tendons) to hormones, neurotransmitters and most importantly, the brain. 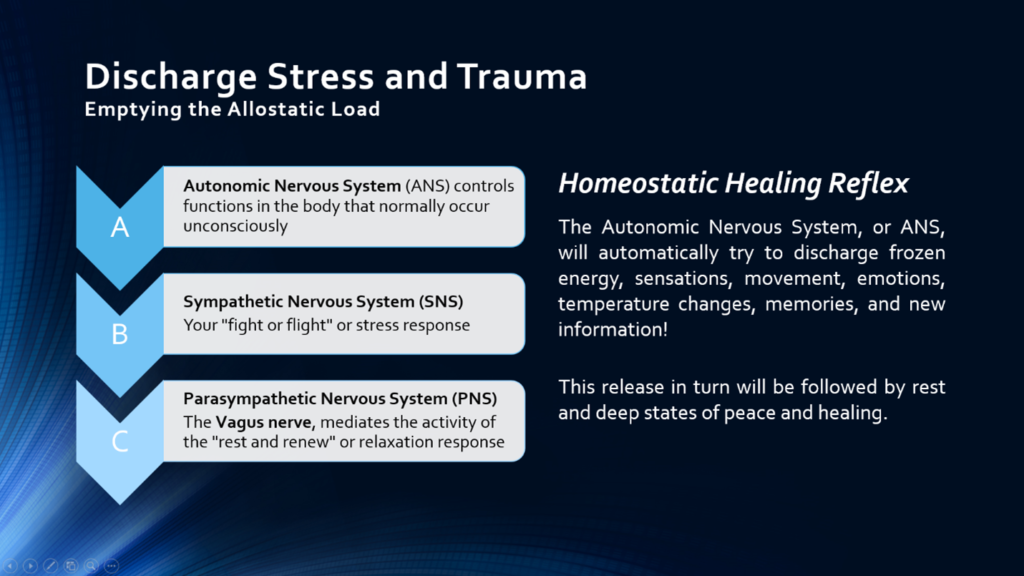