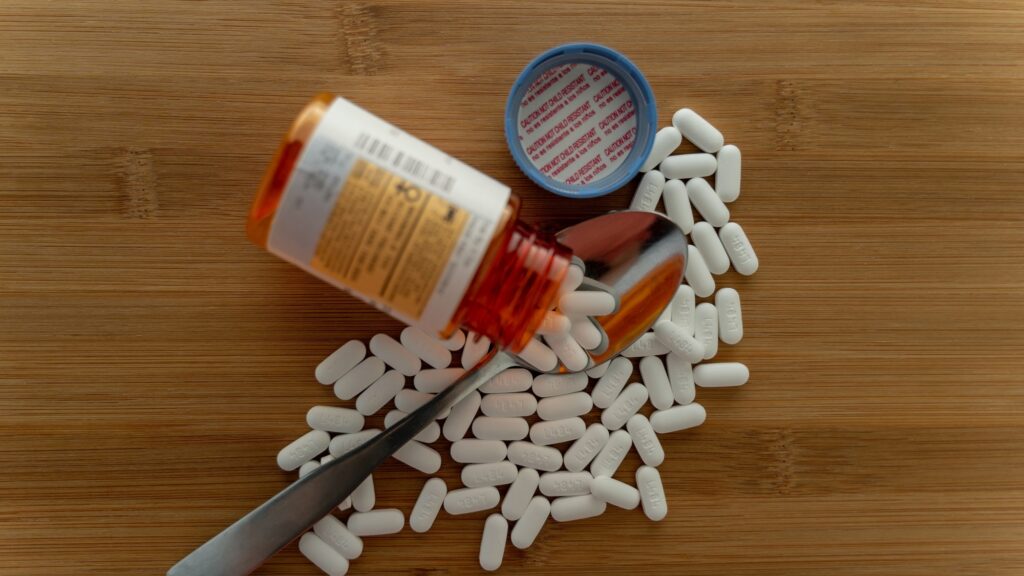 Prescription drug overdoses have become alarmingly common in the U.S., with opioid painkillers, such as Vicodin and Oxycontin, among the drugs most frequently making headlines.

New research shows another class of drugs — benzodiazepines or “benzos” — is rising in the ranks of overdose deaths, however.

Prescriptions for such drugs, which include brand names Valium, Ativan and Xanax, tripled from 1996 to 2013, but this doesn’t fully account for the uptick in overdoses, which quadrupled during that time period.

Researchers from the Albert Einstein College of Medicine in New York used data from the Medical Expenditure Panel Survey and multiple-cause-of-death data from the U.S. Centers for Disease Control and Prevention (CDC) to describe trends in benzodiazepine prescriptions and overdose deaths.

As for why the rate of overdose deaths rose faster than the rate of prescriptions, Dr. Chinazo Cunningham, one of the study’s authors, told STAT News, “Our guess is that people are using these prescriptions in a riskier way.”

The number of pills prescribed to each adult increased over the study period, for instance, which suggests Americans may be taking higher doses or taking the drugs for longer periods, both of which increase the risk of overdose.

Combining the drugs, which act as sedatives and are often prescribed not only for anxiety but also for insomnia, with alcohol is also risky, as is using the drugs along with opioids.

Dr. David Juurlink, head of Clinical Pharmacology and Toxicology at Sunnybrook Health Sciences Center in Toronto, told STAT News, “Prescribing opioids and benzodiazepines together is like putting gasoline on a fire,” and added:

“Benzodiazepines are grossly overprescribed … and many people don’t necessarily benefit from them.”

CDC data also highlighted the growing risks of anxiety drugs. Benzodiazepines accounted for 31 percent of the narcotic overdose deaths in 2011 (up from 13 percent in 1999), according to a 2014 CDC Report.

If you’re wondering just how deadly opioids and benzos can be, in 2014 the state of Ohio used an opioid/benzo mix in a death-row execution after it couldn’t obtain the conventionally used drugs.

Despite their known risks, preliminary research presented at the 2014 meeting of the American Academy of Pain Medicine in Phoenix, Arizona found that 12.6 percent of all primary care visits made by Americans between 2002 and 2009 involved prescriptions for sedatives/anxiety drugs and/or narcotic painkillers (opioids).

Even Children Are Overdosing on Anxiety Drugs

About 9,500 children younger than 6 are hospitalized each year after ingesting family members’ medications.

Among them, three-quarters are between the ages of 1 and 2. Likely echoing the sharp rise in adults’ use of opioids and benzodiazepines, both opioid painkillers and benzos topped the list of medications most often responsible for young children’s hospitalizations.  According to the study:

Opioids (17.6%) and benzodiazepines (10.1%) were the most commonly implicated medication classes.”

Benzodiazepines exert a calming effect by boosting the action of a neurotransmitter called gamma-aminobutyric acid (GABA) in the same way that opioids (heroin) and cannabinoids (cannabis) do.  This in turn activates the gratification hormone, dopamine, in your brain.

Since the identical brain “reward pathways” are used by both types of drugs, they can be equally addictive and also may cause side effects like memory loss, hip fractures, impaired thinking, and dizziness.

Ironically, the symptoms of withdrawal from many of these anxiety medications include extreme states of anxiety — some of which are far worse than the original symptoms that justified treatment in the first place. Symptoms that may occur with benzodiazepine withdrawal include:

Why Benzodiazepines May Be Especially Dangerous for the Elderly

Up to 43 percent of older adults use benzodiazepines (Valium, Xanax, Ativan, etc.) for anxiety and insomnia, often chronically, even though their long-term effectiveness and safety remains unproven.

International guidelines recommend short-term use of benzodiazepines, because they cause withdrawal symptoms that make discontinuation problematic.  Despite this, many seniors take them for years instead of a few weeks, as is recommended.

Further, older adults have a much more difficult time eliminating benzodiazepines and similar drugs from their bloodstreams, especially while on multiple medications, which overburden their detoxification systems.  Over time, these drugs can accumulate in your body, which will increase your risk of an accidental overdose. As reported in Current Opinions in Psychiatry:

“Despite repeated recommendations to limit benzodiazepines to short-term use (2–4 weeks), doctors worldwide are still prescribing them for months or years. This over prescribing has resulted in large populations of long-term users who have become dependent on benzodiazepines and has also led to leakage of benzodiazepines into the illicit drug market …

Benzodiazepines May Increase Your Risk of Dementia

Aside from the risk of overdose and addiction, there’s another reason to carefully consider the use of anxiety drugs, especially for long-term use. Older adults who used benzodiazepines for three months or more had a 51 percent greater risk of Alzheimer’s disease than those who did not.

The risks increased the longer the drugs were used as well as with long-acting formulations.  Additional studies also support this link:

Both anxiety and sleep troubles are serious issues that need attention. Unfortunately, most people who suffer from these conditions either do nothing or resort to pharmaceutical drugs — many of which are ineffective and capable of destroying your health and sanity further.

In fact, it’s estimated that only one-third of people with anxiety disorders receive treatment, but keep in mind that “treatment” does not have to equal “drugs.” You have nothing to lose, and everything to gain, by applying lifestyle modifications before trying medication.  You may be surprised by how much such changes lessen anxiety and improve your ability to sleep soundly, naturally.

Because anxiety drugs are often prescribed for sleep troubles, I suggest first reading my “Guide to a Good Night’s Sleep for 33 simple tips” on improving your sleep.  Small adjustments to your daily routine and sleeping area can go a long way to ensure uninterrupted, restful sleep (which may further help with anxiety symptoms, as well). Beyond that, if you often feel anxious or have panic attacks I strongly recommend the following:

In addition to the creation of new neurons, including those that release the calming neurotransmitter GABA, exercise boosts levels of potent brain chemicals like serotonin, dopamine, and norepinephrine, which may help buffer some of the effects of stress.  Many avid exercisers also feel a sense of euphoria after a workout, sometimes known as the “runner’s high.”

It can be quite addictive, in a good way, once you experience just how good it feels to get your heart rate up and your body moving.

Your gut and brain actually work in tandem, each influencing the other.  This is why your intestinal health can have such a profound influence on your mental health and vice versa.  It’s also the reason why your diet is so closely linked to your mental health.

Prior research has shown that the probiotic Lactobacillus rhamnosus had a marked effect on GABA levels in certain brain regions and lowered the stress-induced hormone corticosterone, resulting in reduced anxiety- and depression-related behavior.  The probiotic known as Bifidobacterium longum NCC3001 has also been shown to normalize anxiety-like behavior in mice with infectious colitis.

So optimizing your gut flora with beneficial bacteria is a highly useful strategy.  This is done by eliminating sugars and processed foods and eating plenty of non-starchy vegetables, avoiding processed vegetable oils, and using healthy fats.  Additionally, eating plenty of fermented vegetables or taking a high-potency probiotic would be useful to reestablish a healthy gut flora.

Your diet should include a high-quality source of animal-based omega-3 fats.  The omega-3 fats EPA and DHA play an important role in your emotional well-being, and research has shown a dramatic 20 percent reduction in anxiety among med students taking omega-3s.